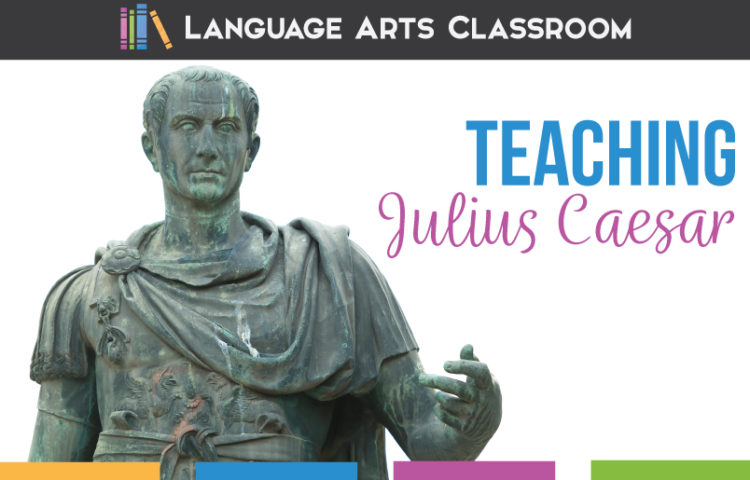 Of all literature, Julius Caesar may be my favorite to teach. The deception, the plotting, the powerful speeches, and the memorable lines make it fun for me and students. When teachers love what they teach, students get involved and enjoy the material. I’ve brainstormed and implemented many Julius Caesar project ideas, but today, I’m only giving you the ones that been incredibly successful.

I may have taught Julius Caesar more than any other piece of literature and have years of acquiring materials. What I include in my Julius Caesar lesson plans are below, and you should be able to incorporate most of these ideas into any unit. Enjoy! 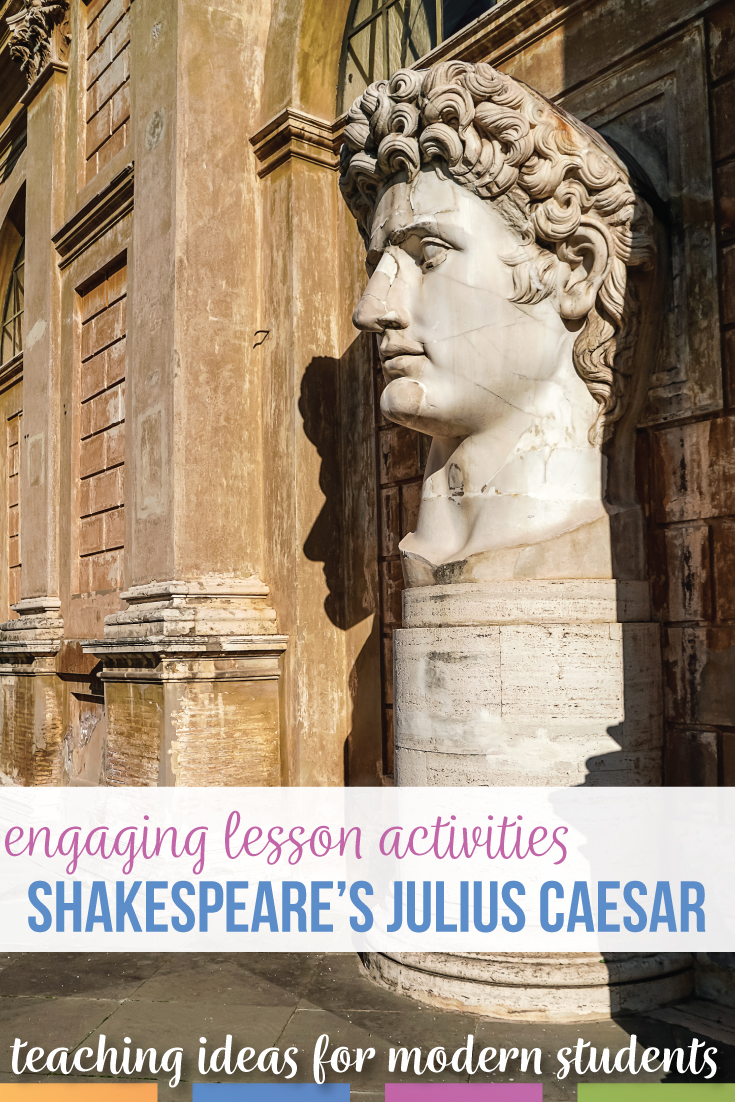 To start the unit, I create a modified KWL chart with students. I start with building on prior knowledge because students have often heard of a few ideas surrounding Caesar: He dated Cleopatra, his friends stabbed him in the back, he crossed the Rubicon, and he died on the Ideas of March.

Sometimes students know other factoids, but other times they have misconceptions, like that “caesarean sections” are named after him. Not only does this practice activate prior knowledge, but it also allows me to clarify history. You can take many approaches while teaching Julius Caesar!

After we make the first section of our chart, we watch this ten-minute video. We take notes on what we learn about Caesar.

Because Shakespeare’s plays can be difficult, I try to present information in varying ways. I hope you can incorporate some of these Julius Caesar project ideas into your Julius Caesar lessons.

I add ideas to my Julius Caesar lesson plans every semester. I want students to relate Shakespeare to their lives, and I want them to know they can read difficult material.

Are you interested in more specific ideas for other common stories? I have ideas for Animal Farm, The Hunger Games, and Romeo and Juliet.

Would you like to continue the conversation about Julius Caesar activities? Join my Facebook page where dedicated teachers discuss all ELA ideas, even teaching Julius Caesar.