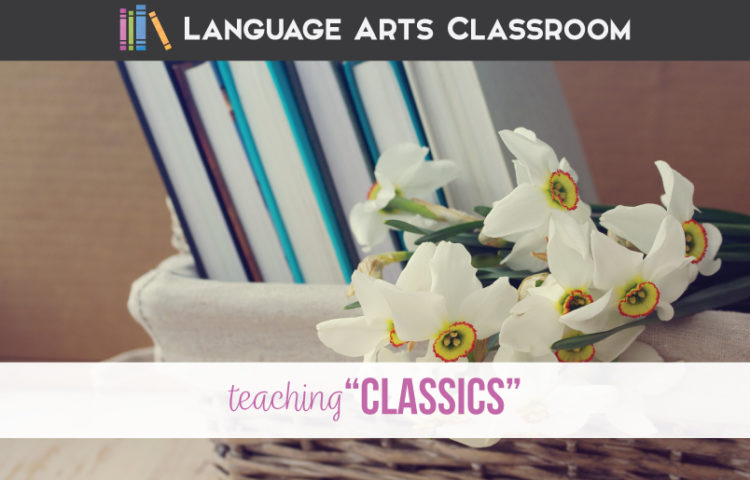 I’m tired of teaching “To Kill A Mockingbird.” The reasons why are actually simple.

The reasons and explanations for ditching To Kill A Mockingbird are plentiful. In this post, I am attempting to outline my thoughts about why the text is dangerous for high school students.

Personally, I have not taught Harper Lee’s book many times, but I am tired of teaching To Kill A Mockingbird. Here are my ideas.

Most importantly, writers and educators have urgently and increasingly asked teachers not to teach To Kill A Mockingbird. In honest letters and articles, writers patiently explained why the novel is dangerous:

The reality is that we’ll have to let go of the false wisdom of Atticus Finch, and the haplessness of Tom Robinson, if we truly wish to educate young people who live in a world where it’s necessary to remind them that their lives matter.

People have weighed in, NCTE has published a statement, and teachers discussed the problem with finding new books. Educators graciously provided guidelines for teaching the book (if your school requires the teaching of it). Researchers challenged the story being used as a guideline for human dignity.

Black writers have weighed in about the portrayals of the white savior, themes of race and injustice, and to me, that should be the line. English teachers are trained (or should be trained) to be critical thinkers and readers. I am a white woman, and I was once a white child who read To Kill A Mockingbird as a moral guide. I must listen to other voices. The book provides a dangerous narrative about race relations.

To me, that knowledge is simply enough of a reason not to teach To Kill A Mockingbird. When Black colleagues take a stand and take time to explain why a book is harmful, it is my job as a white educator to listen. I cannot (and should not) keep teaching a book because I have materials for it or because it is easy for me to teach. As a responsible educator, I must listen to others with different life experiences than mine.

I’ve mentioned several times that I am in graduate school (again) working toward a degree in English Literature; I’m about half finished. This degree combined with my first master’s degree in Teaching and Leadership has me asking several questions about the literature we teach:

As I reflect on why I’m tired of teaching To Kill A Mockingbird, those are three questions that swirl around me. I’m sure you have many more.

The first time I taught To Kill A Mockingbird was my first year of teaching. I was in survival mode. Another teacher provided me with materials; I used those materials, graded assignments, and tried to function. That experience was in 2003, I think.

The next time I taught To Kill A Mockingbird was in 2016 (again, give or take a year). My students and I were reviewing because they were massively confused. One day, I wrote out all the characters on the board, and we summarized what each character did. The students shared their ideas, and I wrote. We filled the board.

Finally, I stood back, expecting to find a board full of knowledge, expecting to feel satisfied over what students and I created together. I was horrified.

To remember Burris, students had noted he was filthy and uneducated. His dad was a drinker. Mrs. Lafayette was an addict. People shunned Dill because he didn’t know who his dad was. Some kids couldn’t read. The teacher beat kids with a stick. Calpurnia hit Scout. And? Students knew very little about Tom Robinson or his family because those character are not fleshed out.

I began explaining concepts to students, explaining how humans once behaved, how they once stereotyped. I remained horrified. Did humans “once”? Is all of that in the past? What story was I feeding my students?

As I looked at our summary on the board, I realized that this book had numerous flaws, lessons that impressionable young minds are not ready to critically consider. Here are ten problems with the book that students might not be ready to understand.

I cannot ignore the call from colleagues or students that To Kill A Mockingbird is dangerous to teach. It exudes white privilege, and it ignores systematic racism. Teachers should teach about systematic problems, but this book does not need to be the mode of doing so.

Other systematic failures are in the book, but teachers don’t always cover them: systematic court and law problems, systems of poverty, and social exclusion. Additionally, I would add the narrative of poverty in To Kill A Mockingbird is dangerous.

Scout’s father read to her, and she arrives at school, ready to learn. Characters like Walter Cunningham and Burris Ewell do not do well in school. They are malnourished and do not regularly attend school through no fault of their own.

Corporal punishment is wrong, and there is zero evidence to suggest the opposite. Miss Caroline switches Scout because she does not understand what Scout is communicating.

Research shows that abused children exhibit certain behaviors. Scout’s fighting with other kids? Current research suggests she acts that way because she is physically abused.

I followed the treatment of Boo after child abuse because the concepts seem related.

I don’t know if Boo has an official diagnosis. Hopefully, his treatment at schools and in society would differ today. His parents and brother have failed him terribly. 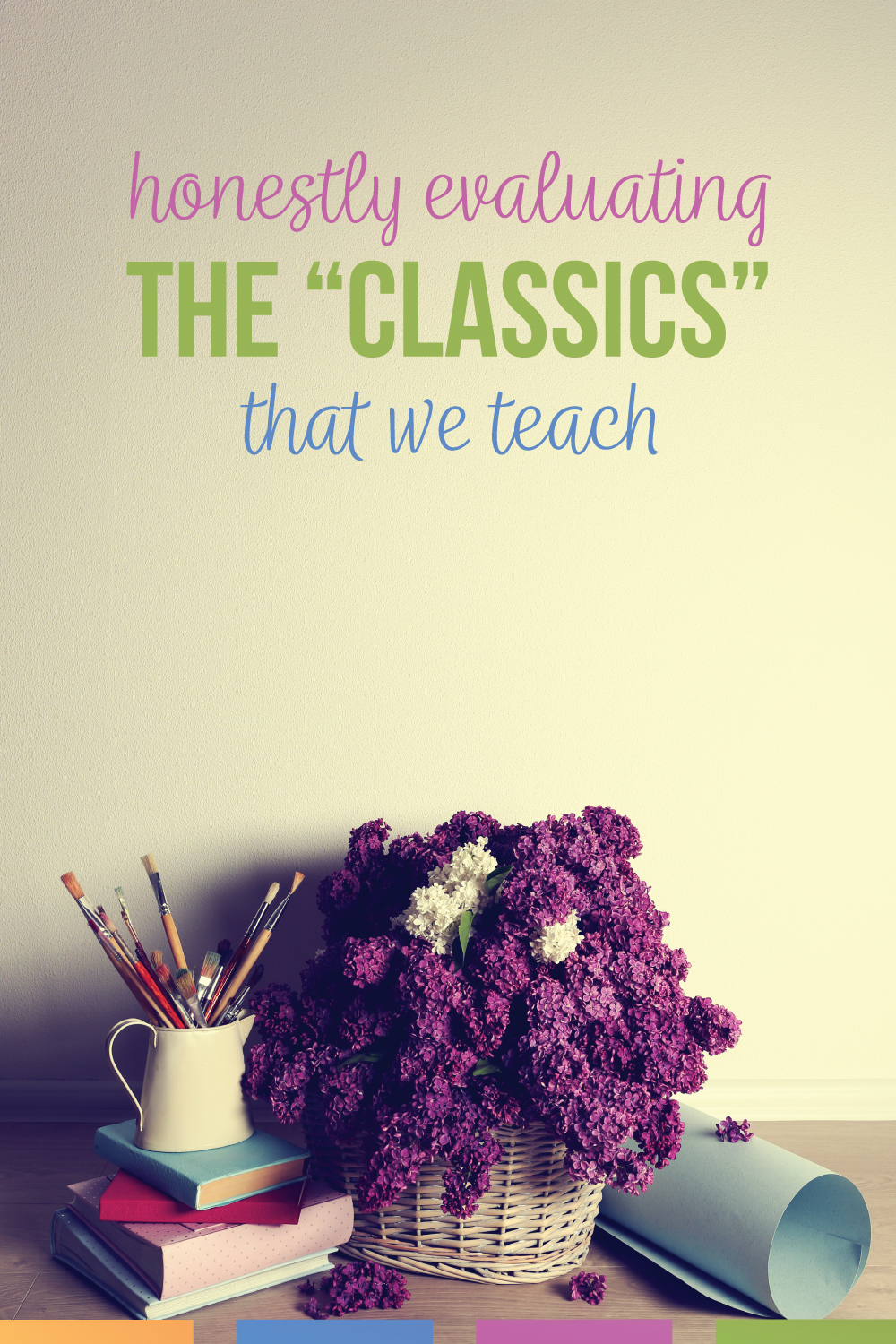 Breaking the law. . to fix the law?

Heck Tate and Atticus shush up Boo’s killing of Bob. In fact, many readers romanticize how these upstanding men manipulate a crime scene and break the law. Boo is a mockingbird, after all, and we don’t want to kill him.

Explaining the power of language.

Atticus tells Scout that the term “n***** lover” doesn’t mean anything. That is not true. Language matters.

Mayella has probably been raped in life. Since my initial reading, I always felt that one or more of her siblings were her and her father’s child. Mayella’s abuse is not explained in the book, probably because of the horrible lie she continues about Tom.

Mrs. Henry Lafayette Dubose is addicted to morphine. She overcomes her addiction with the help of Jesse and willpower. The concept that willpower is enough to beat addiction is echoed when Atticus tells his children that she was the bravest woman he knew.

Addiction is more complicated than a disease that requires willpower. Upholding the “willpower” idea of drug addiction misleads students who personally might struggle with addiction.

A major theme of the book is that Scout bucks traditions with gender. Calpurnia and Aunt Alexandra, the ladies at tea, and Jem remark on Scout’s lack of feminine behavior.

When Scout attends tea with the ladies, the women are not kind, merely presented as gossips.

Those are ten reasons that go beyond the dangerous racial tropes of the book for giving ELA teachers pause.

At what point does a piece of literature contain enough dangerous messages that we leave it in the past? After each chapter, are we willing to say, “Harper Lee wrote about these experiences, and people during that time period believed ___. Current research shows that message is wrong. What history has shown us is that this story is wrong.” Because—that is what we need to do. We teachers have dozens of inaccuracies, dangerous messages, and harmful lessons to undo when we teach To Kill A Mockingbird.

Which leaves me with one question: At what point can we acknowledge that this book is not timeless, is not perfect, and presents dangerous lessons?

For a few years now, I’ve seen educators discuss teaching To Kill A Mockingbird. So many teachers defend the narrative, emotionally attached to the story.

I am tired of teaching To Kill A Mockingbird. As I teach it, I must correct incorrect assumptions and lessons about racism, child abuse, addiction, and more. Other literature, better literature, exists.

I am tired of teaching To Kill A Mockingbird and other classics that portray dangerous messages. I’ve never banned books, and I believe that literature is powerful, that literature gives a unique perspective of our history. Literature shows where humans were, what stories we shared, and how we once understood the world. However, I do not believe that young students are ready to see literature that way. Teenagers, with their still developing brains, seek answers from literature; not until they are older can they see literature as adults see literature. As teachers, we must be aware at what answers we present students. We should provide them with diverse and interesting literature, literature in which they see themselves and their world. Whatever literature we give them, they will attempt to connect with the stories, the beautiful power of literature. They will seek answers from literature.

When young students try to find themselves and their world in a book like To Kill A Mockingbird, adults have a bad situation. When I read the book as a young girl? I related to Scout because her uncle beat her. My family saw beating children as a norm, and adults often used the excuse that I could have it worse. I related to Scout because she was beat at school, and I was damn lucky not to be beat at school. This book shushed me.

What if I had read a book where the main character confides in an adult that they are abused at home? Literature is powerful, and it has the power to change lives. Such books exist.

Should books like To Kill A Mockingbird still be read? Sure. I have never suggested banning a book. It should not be taught as a moral guide, as a book where students relate to the characters, which means it should not be taught to high school students. To present the book that way is harmful to those who are already hurting, those who hurt because of the dangerous ideas presented in To Kill A Mockingbird.