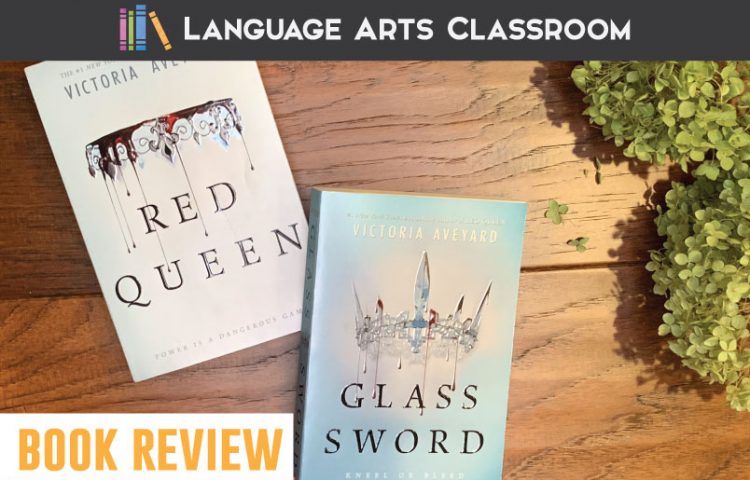 Students will read Red Queen by Victoria Aveyard. Here is why I have several copies in my classroom library.

Our heroine, a sassy Red, secures a position at the castle as a worker. She fumbles and in front of cameras and Silvers, showcases an unknown ability. How can this be? Only Reds have abilities!

To cover, the royal family creates an elaborate story that Mare is a long-lost princess. She becomes engaged to a prince, even though she might have a crush on his brother, and even though she might sorta (almost, kinda) like a guy from her hometown. As Mare contributes to a rebellion, kisses boys, and learns royal protocol, she must decide her future while dodging traitors.

Red Queen by Victoria Aveyard is part of a series. I have the first two books in my classroom library. I’m hoping to pick up the rest of the series because students enjoy this story. Certain students will gravitate toward this series.

Finally, this story might draw more female readers than males, but my male students read this series, too. King Tiberias has two sons with two queens (the first queen mysteriously had an accident), and the brothers struggle with their feelings with the family complexities. Other males go to war and struggle with friendships. 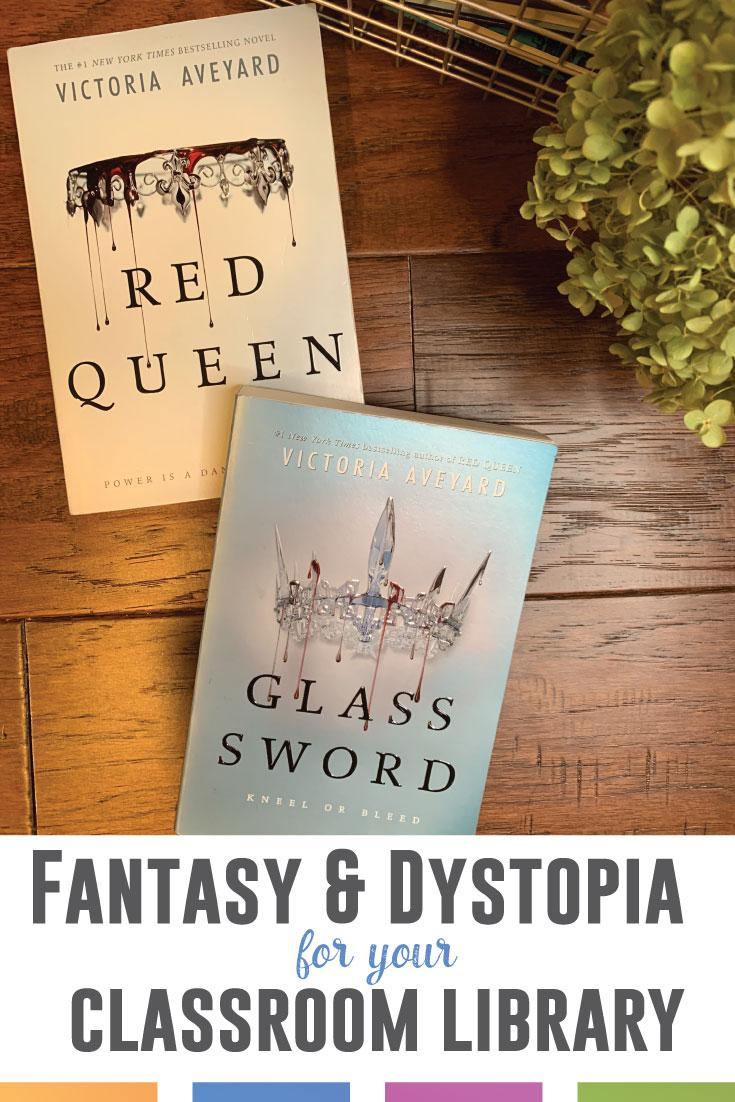 Students will read Red Queen and analyze the characters. They will have fun debating about Mare’s boyfriends and wondering about new abilities. Aveyard created numerous characters to despise, a dystopian world with a fantasy-twist, and memorable lines. Students will live in this world.